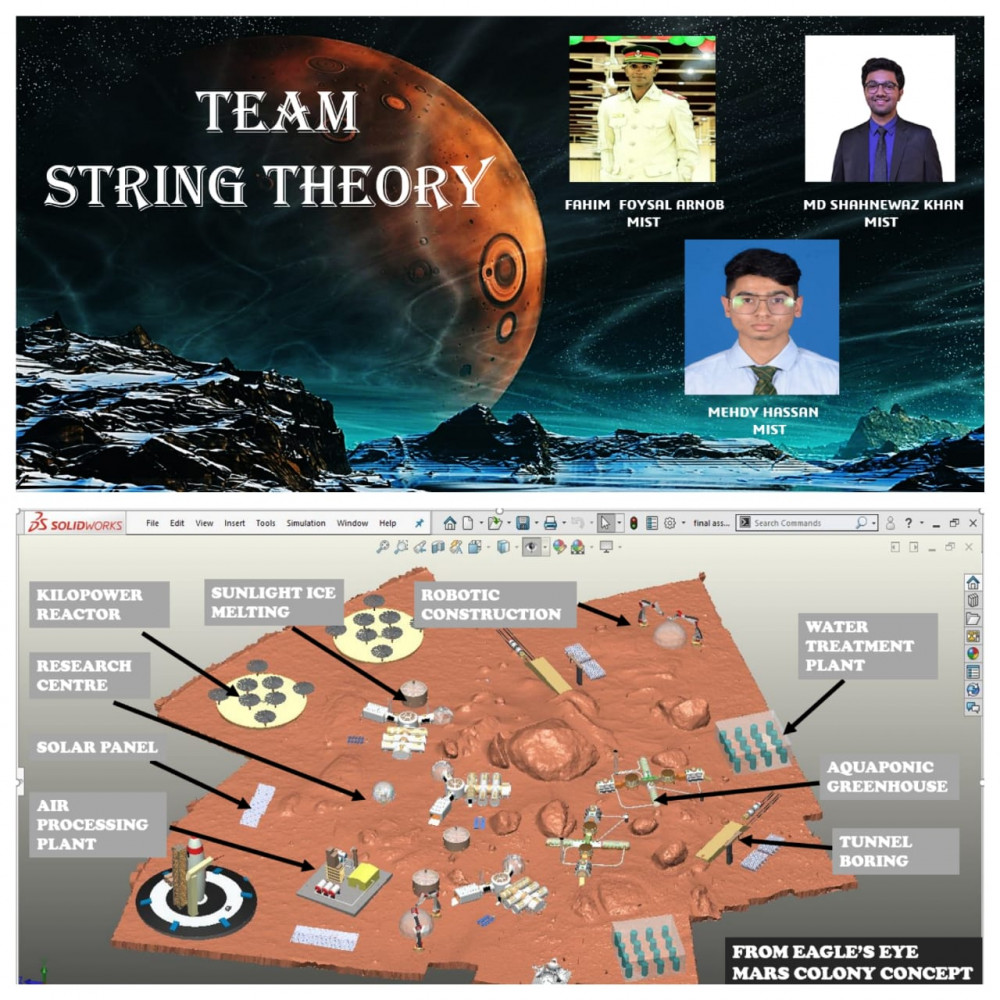 ‘TEAM STRING THEORY’ from MIST led by Lt Arnob grabbed the championship in ‘Mars Habitat Design Contest’ arranged by Mars Society Bangladesh. Out of 52 teams from different varsities, their design was adjudicated as the best one.

Points to be noted, two members of this team, Lt Arnob and MD Shahnewaz Khan both from ME-16 became champions in ‘ROBOT NOKSHAR ASOR.’

Webinar on Nuclear Project Management and Its Safety, Security and Safeguard